I've added some blog links and links to photo collections at the schedule (above right, on the blog).

I'm not as young as I used to be. I need more recuperation time these days! :-) Still, I did make it up tower of Westerkerk in Amsterdam and only got winded for a couple of seconds, on the second spiral flight. We rested there while the tour guide talked a while, and went on. A few photos are there, and lots from and in the canals, and of bicycles, and building details here. If you're willing to pay some money, wait a while, and climb many flights of ever-steeper and mismatched stairs, Amsterdam looks like this for a little while: 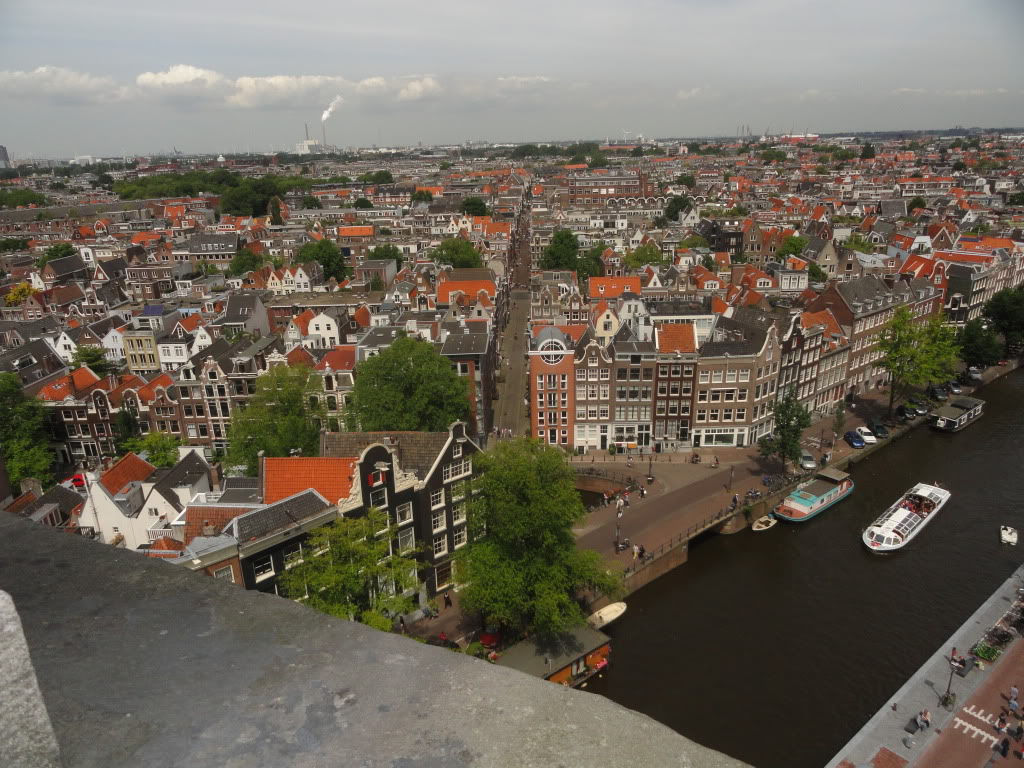 And you pass by things like this on the way up there: 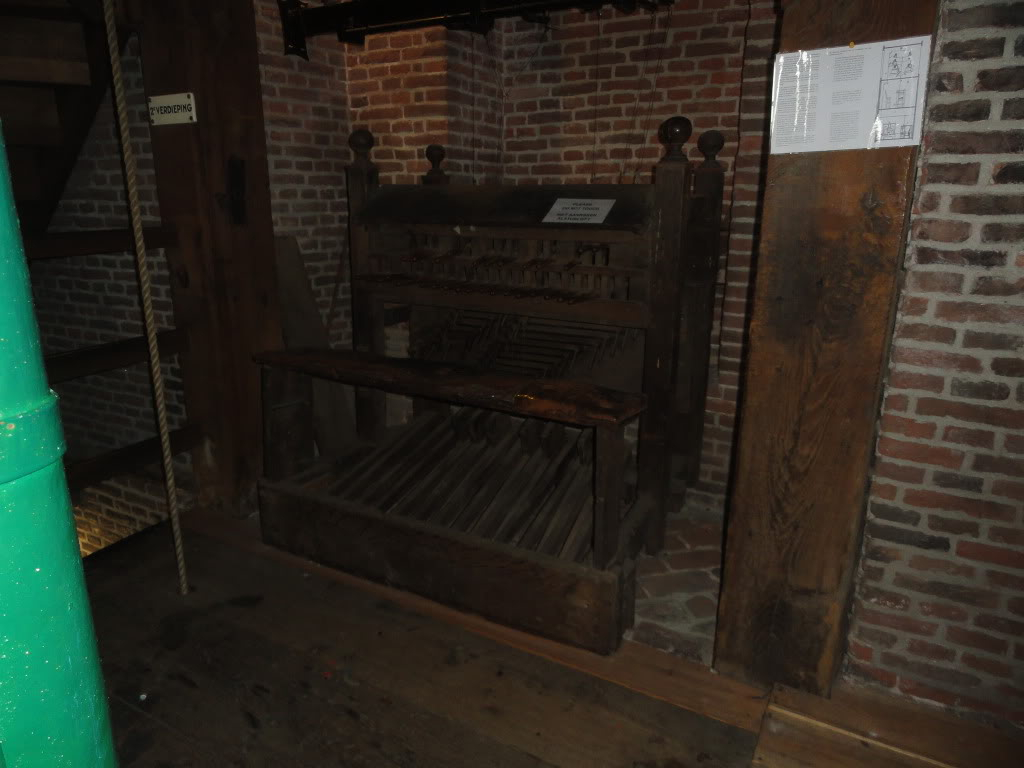 This two-part photo (taped together, on a utilities box up in the tower) shows the church tower on a snowy day many years ago. We were about halfway up, just before it goes narrow for the carillon and the clock. 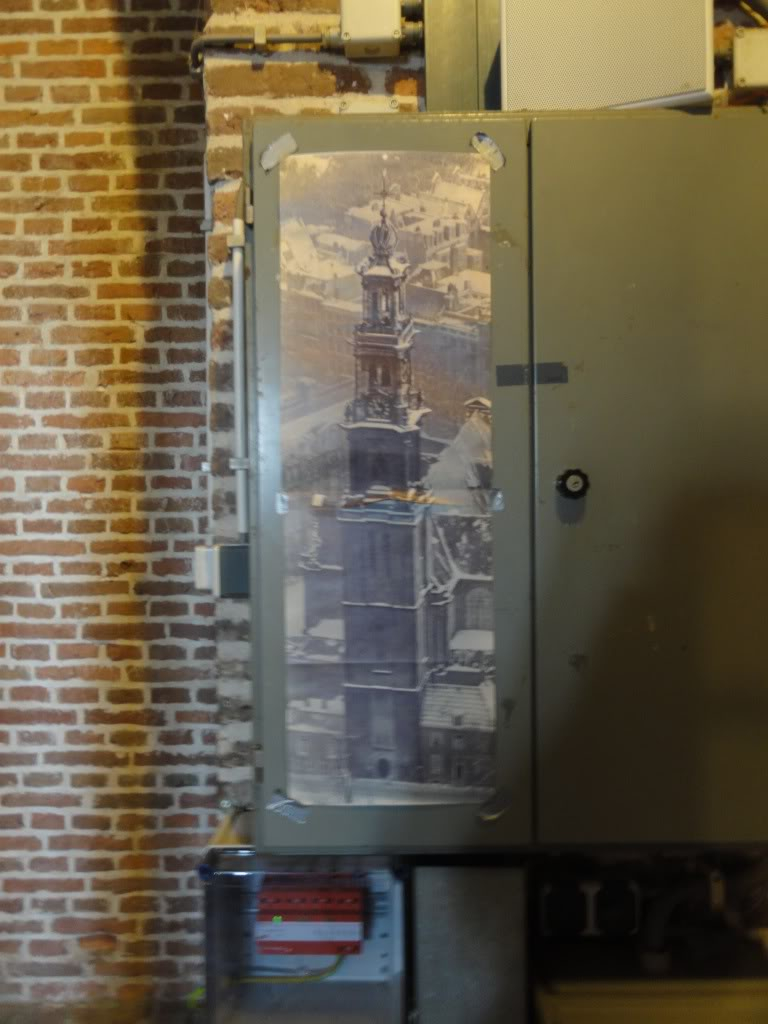 We didn't get to hear the carillon that day, nor go up that high, but there are youtube videos.

Posted by Sandra Dodd at 1:56 AM No comments:

The presentation in the Netherlands was long and good (from my perspective it was good; a few people were troubled or frustrated by one thing or another that I said).

The week's visit was short and great!

Anyone still wishing they could have heard me who can get to Ashford nine days from now has another chance. LTTL (Learning Trust - Trusting Learning) 2012

Leiden, in the Netherlands

I'm in the middle of my week in Leiden. I'm staying with Rippy and Graham Dusseldorp and their children Gianluca and Gisele. Julie and Adam Daniel traveled here when I did. They've been staying on a houseboat. The kids have played hard and the parents have talked lots.

This town is full of bicycles, canals, boats, and not so many cars. 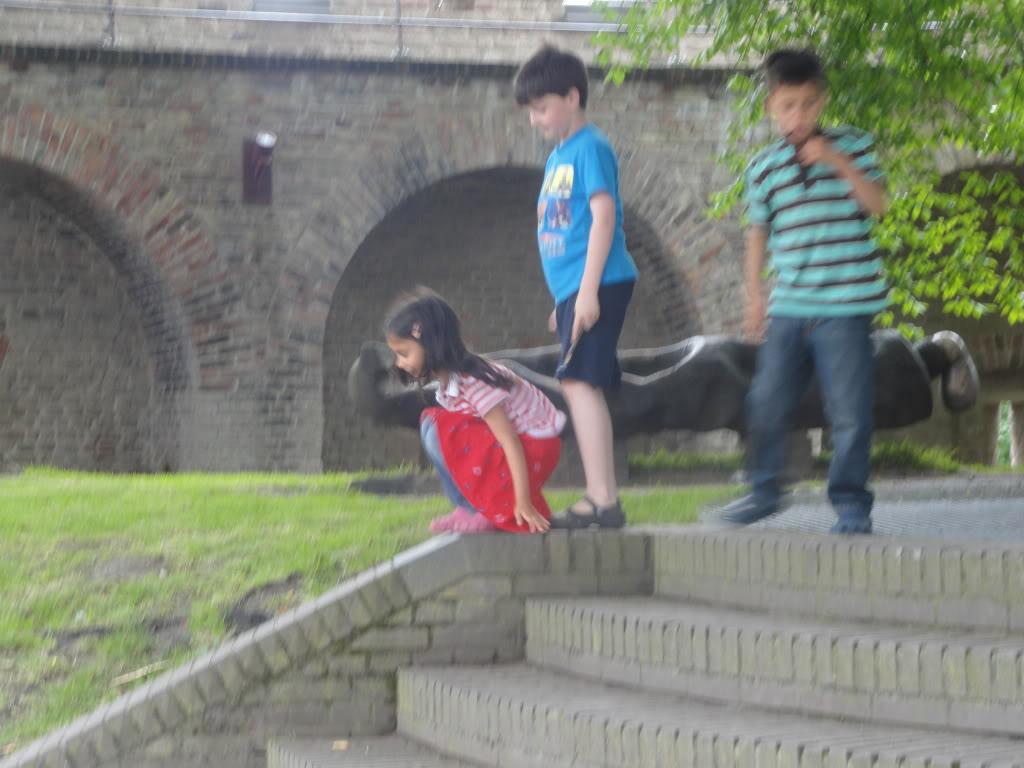 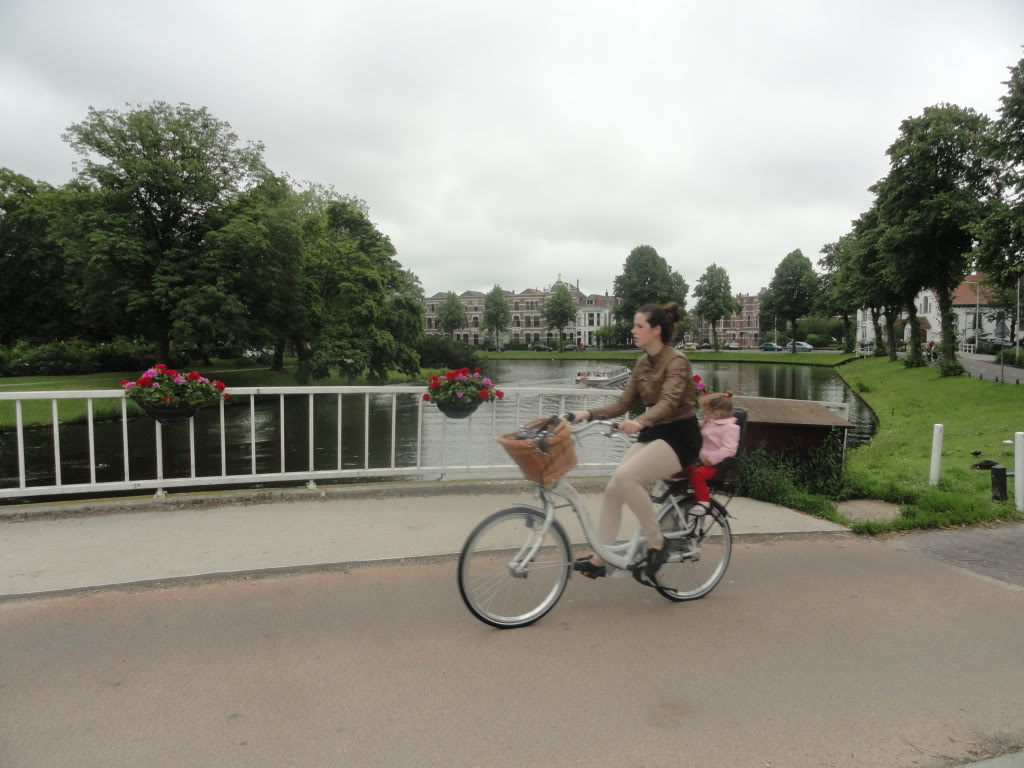 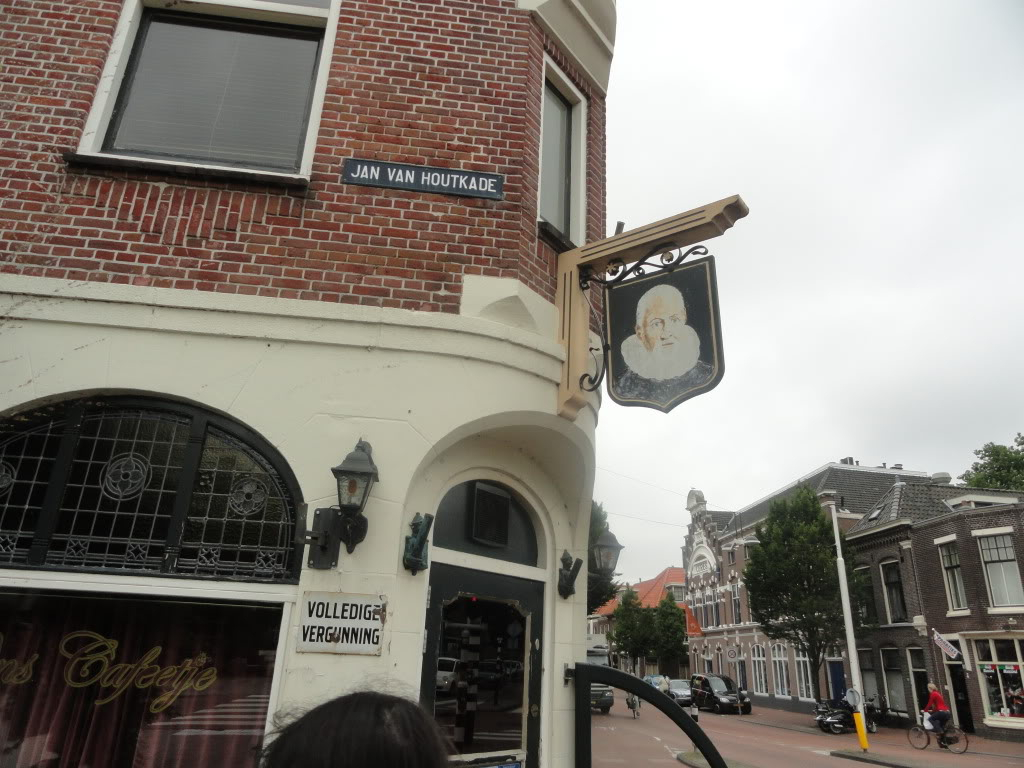 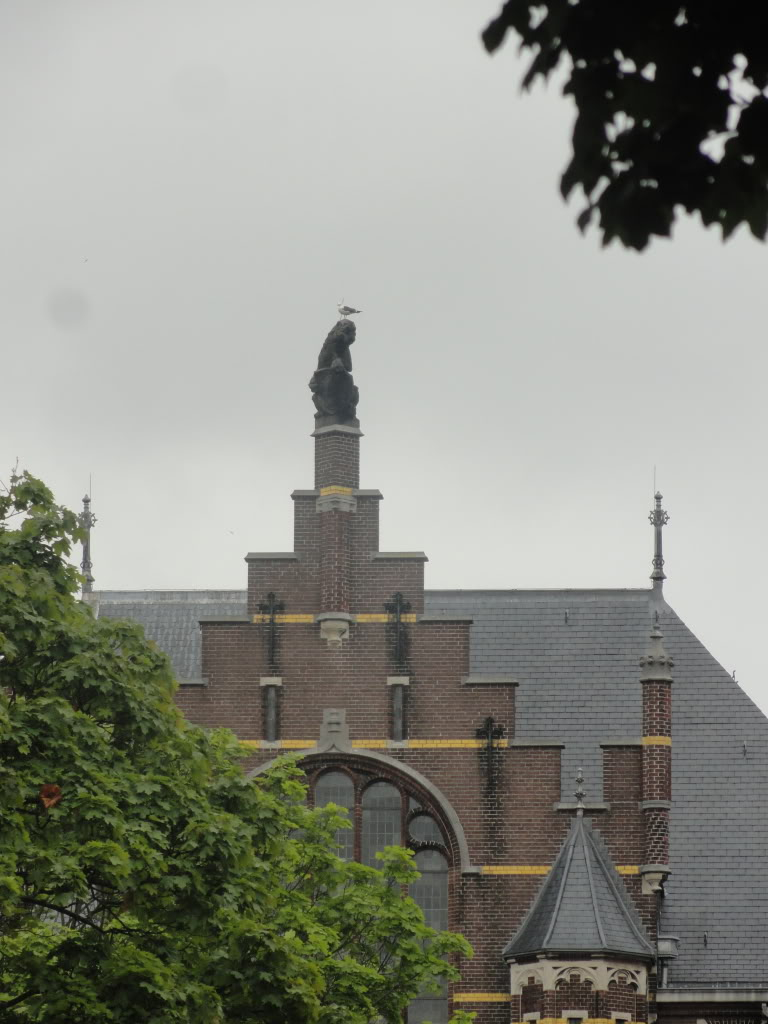 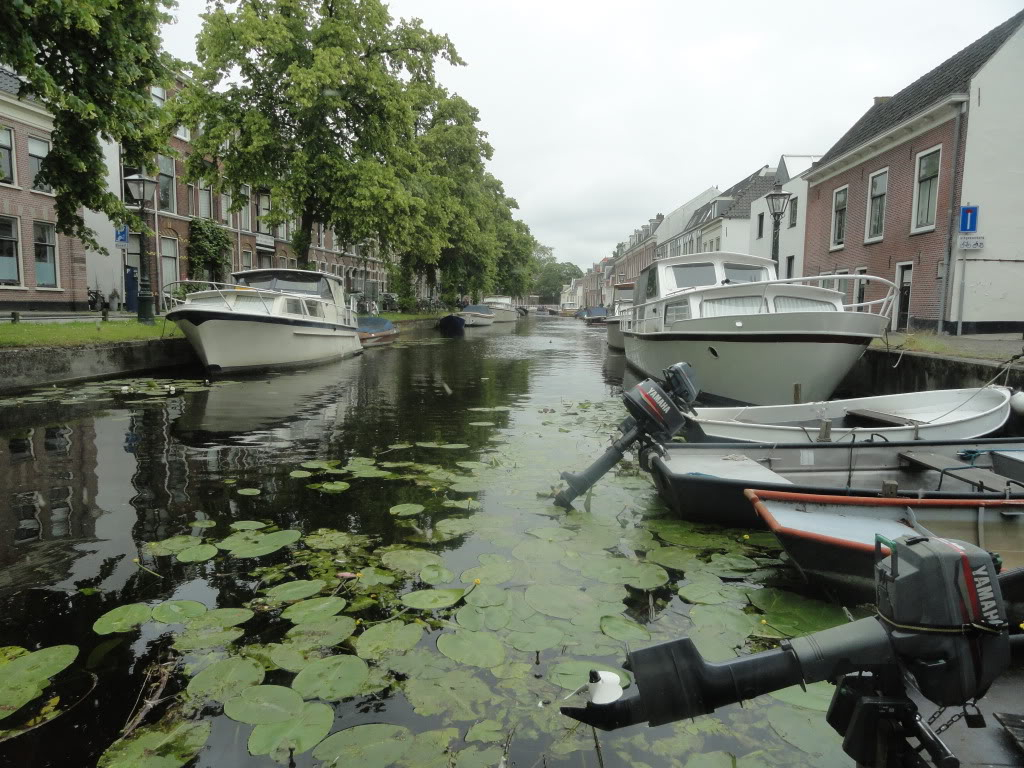 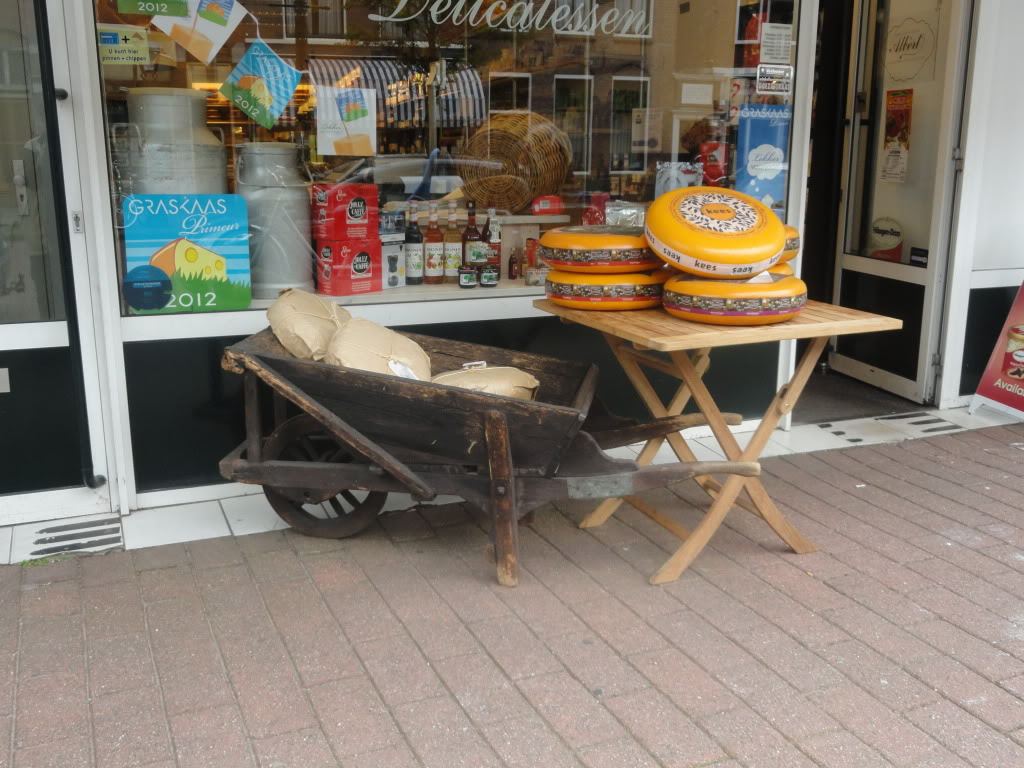 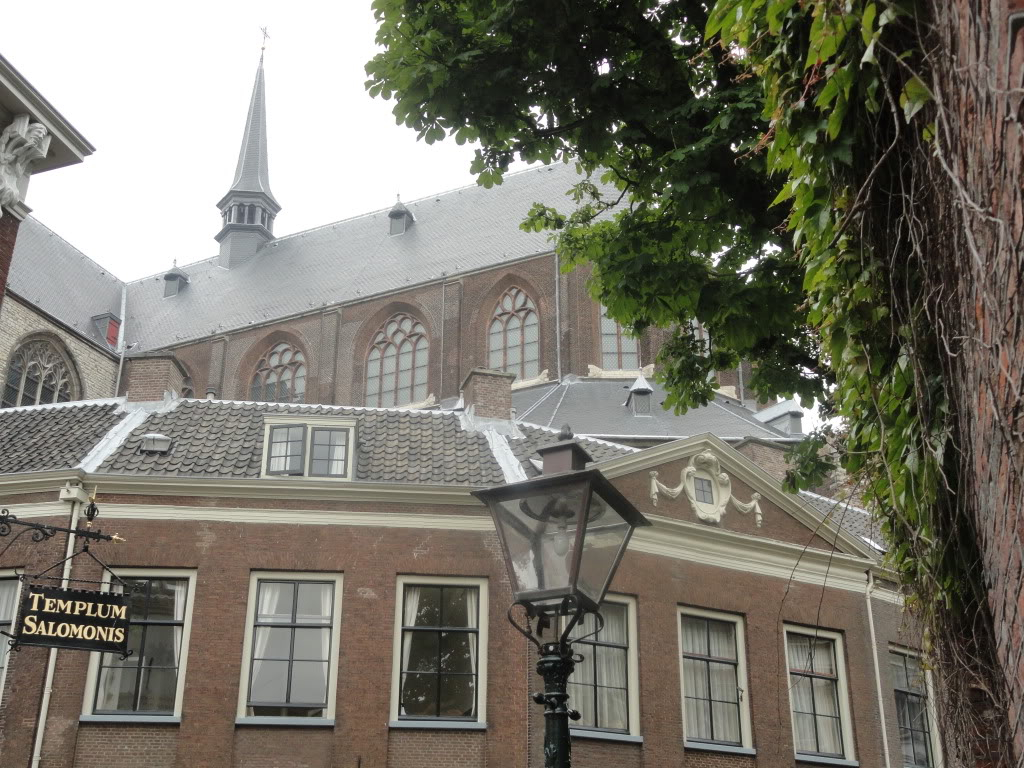 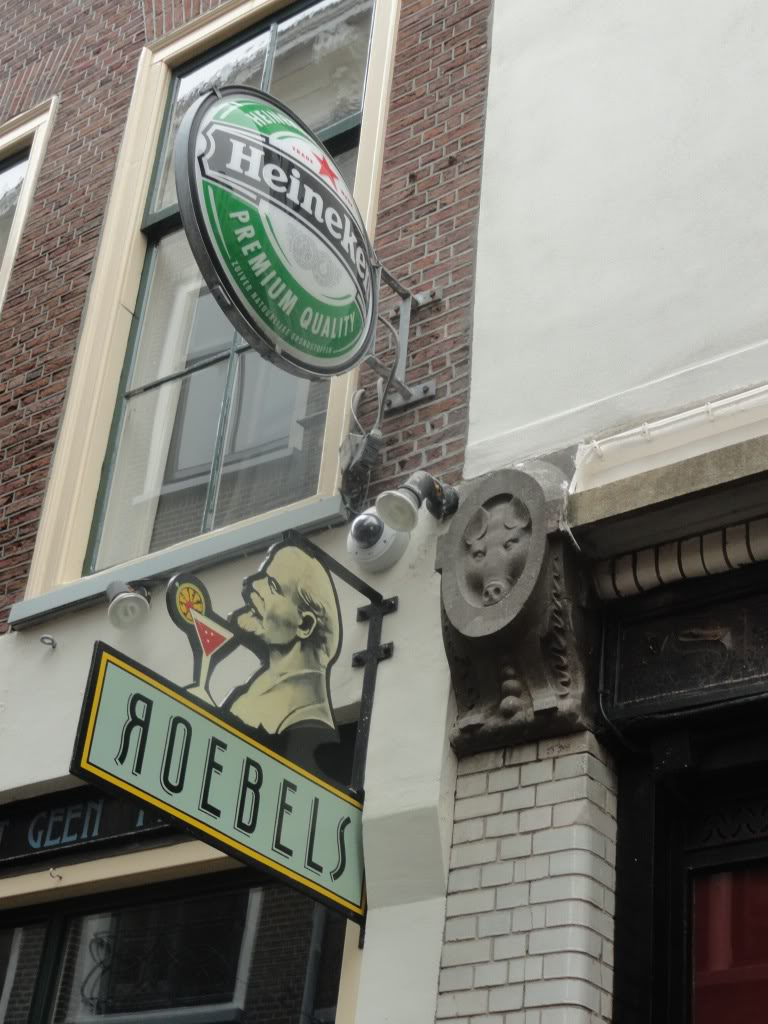 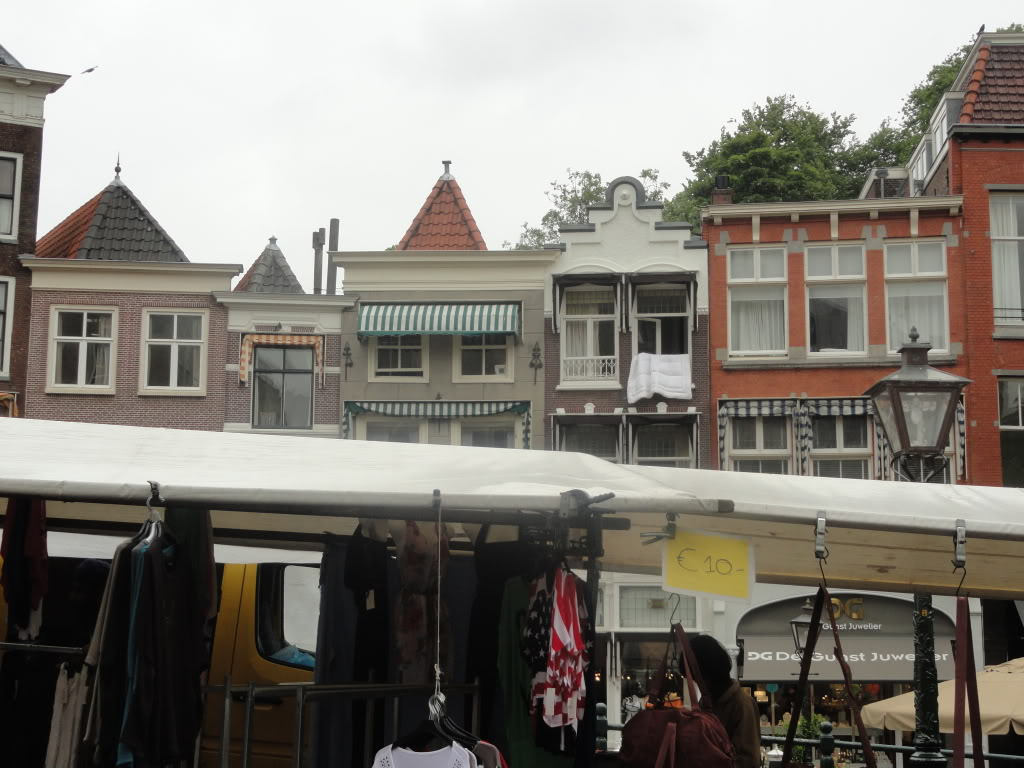 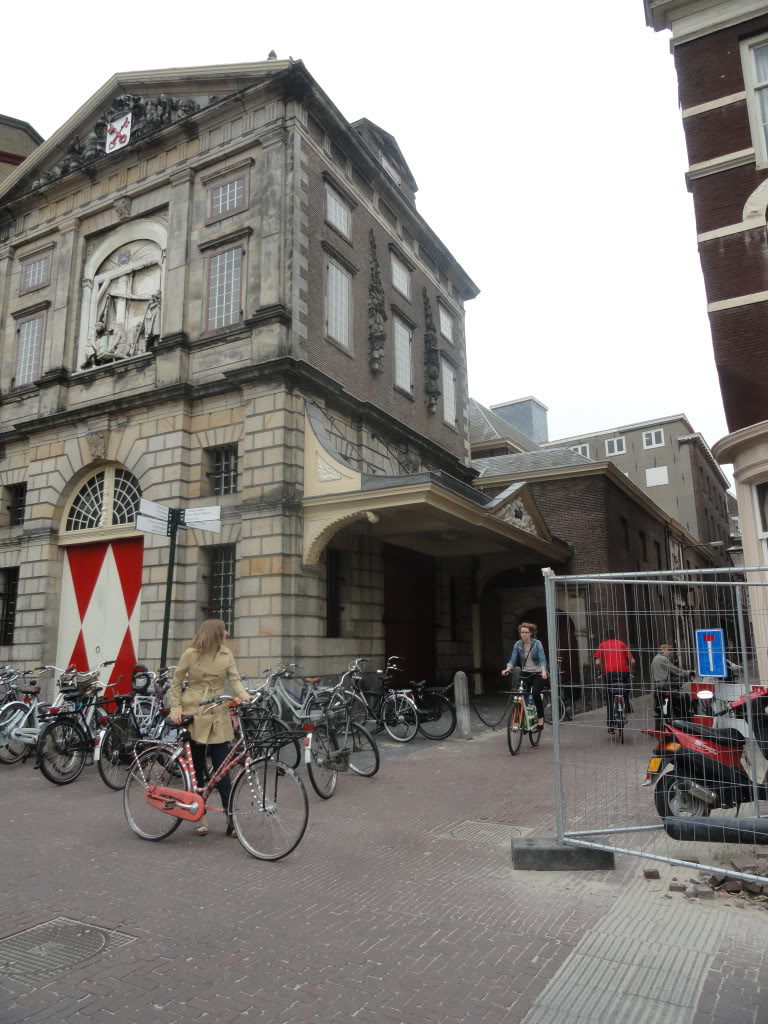 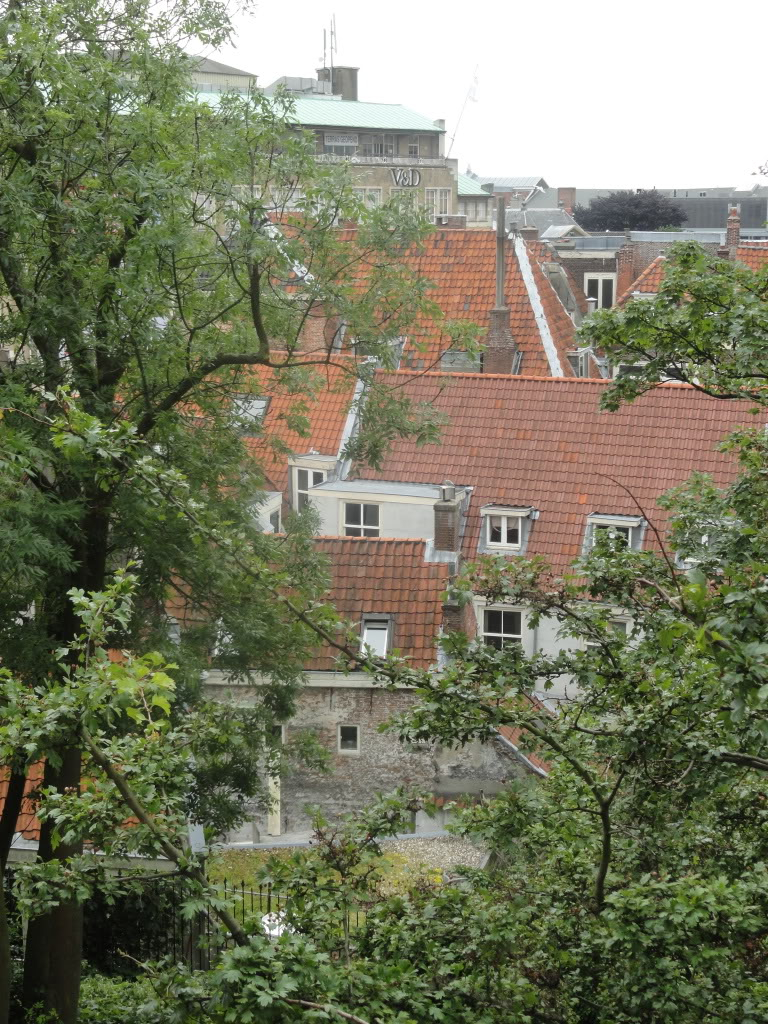 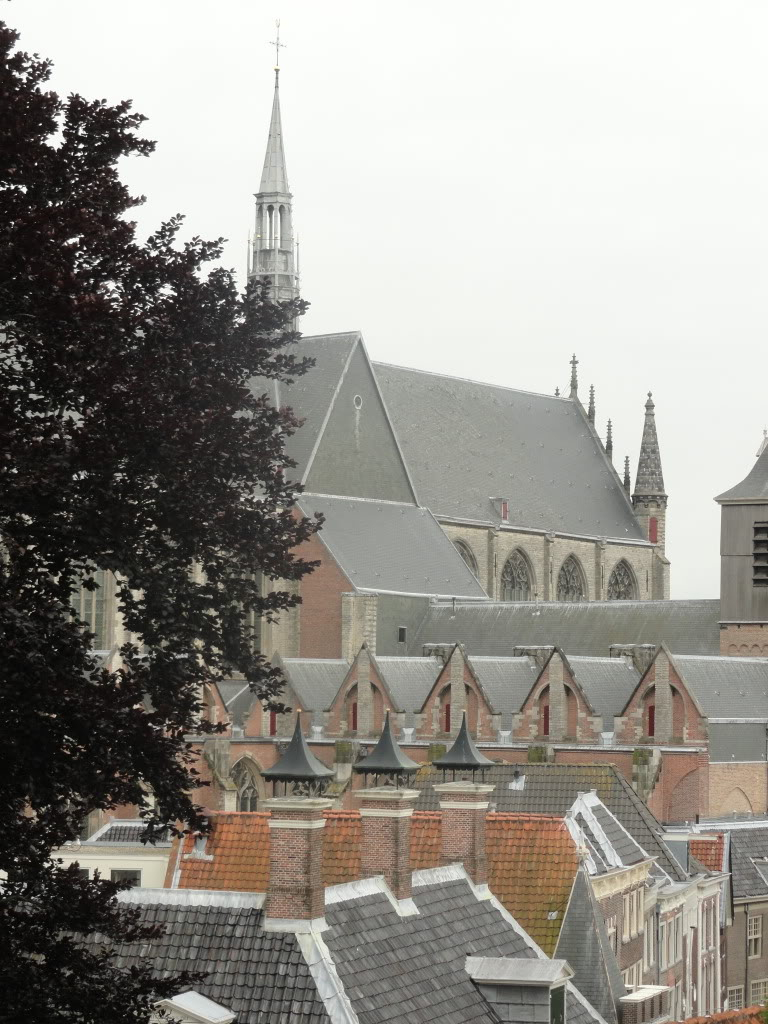 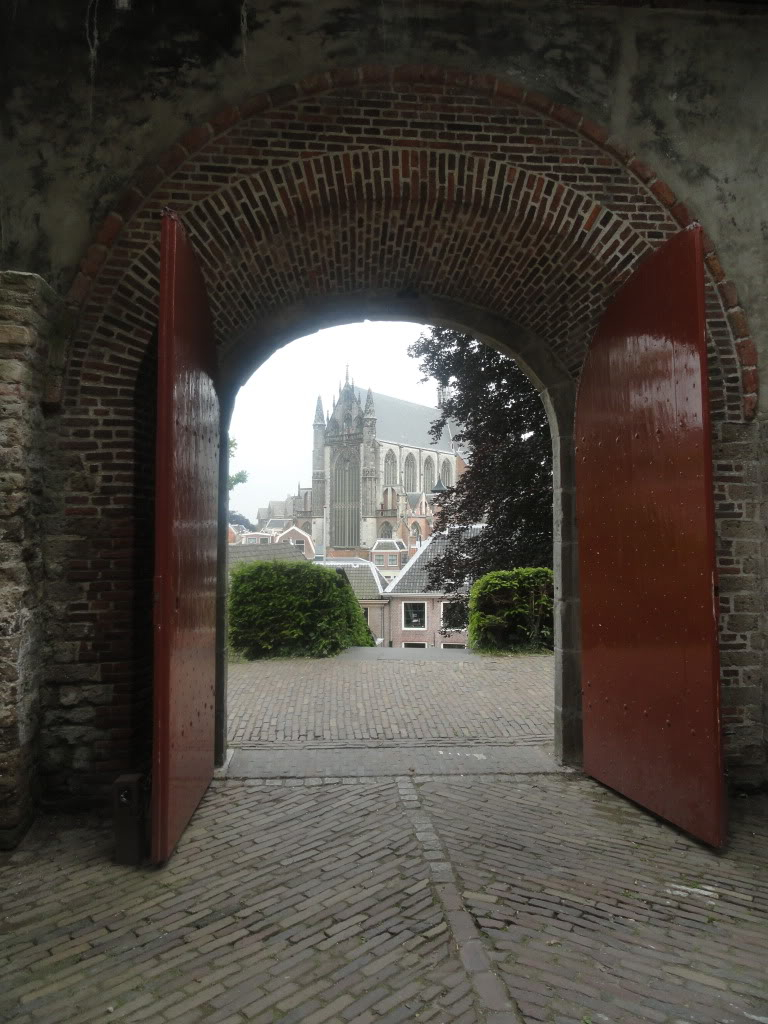 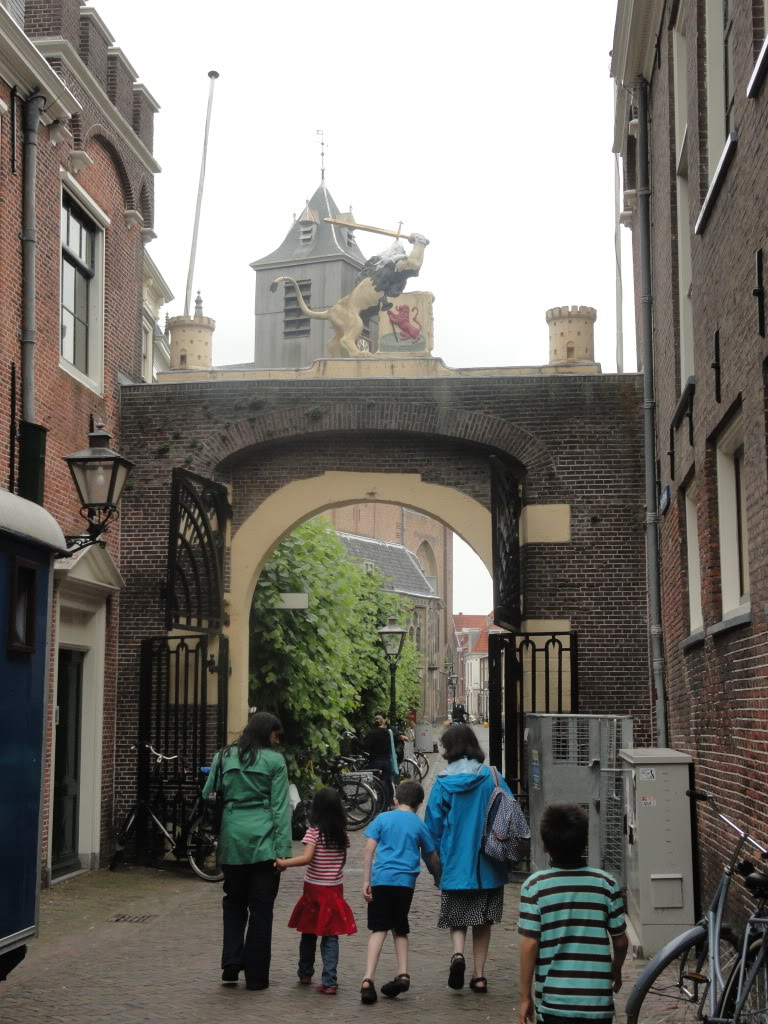 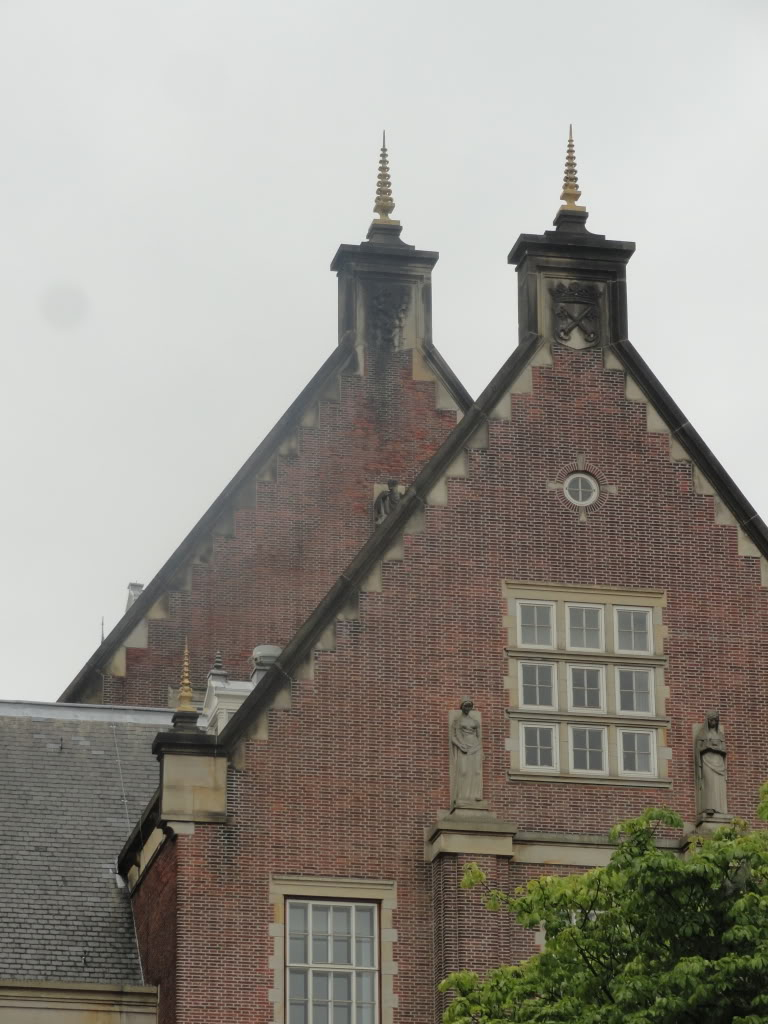 I'm back in England, at Julie's house, attempting to sit still for a while.

Last summer I traveled a lot. Too much.

This summer I planned to travel less, and be at peace for long stretches.

I traveled too lightly on the way back from France. I had my passport, but no travel documents except my boarding pass from Geneva to Heathrow. I answered routine questions awkwardly. I chose the worse option on ambiguous questions. I said I had no money. It was a cavalcade of failure to give simple answers, on my part.

For nearly four hours, I was detained. I was finger-printed and photographed, and finally got to explain in my own words to someone sympathetic. I had asked for a couple of hours whether they could look at the schedule on my webpage. That didn't happen, but I was sprung, with an apology, after a while.

From now on I will travel with printouts of all flights, dates, times, and when asked if I have money, I will say I have plastic access to lots of money. That was the right answer. I was thinking of cash, of which I honestly had none. I had left my the pounds I got from a cash machine in the UK when I left. I left the euros I had gotten from a cash machine in France when I left, rather than change money in an airport. I figured if I wanted to buy something in the airport, I could use a charge card.

The questions are outdated, though. Plastic both is and isn't money. Having a return flight booked doesn't mean one has a ticket.

I would love to show you photos of me in the immigration detainment center at Heathrow, with their free food, with their shelf of books of all religions and the loaner prayer mat. I wouldn't mind sharing the mugshots, but I didn't get to see them, either. They took my iPad away from me (politely, but still...) so I didn't have phone numbers and I didn't have my FlipPix game, nor my Plants vs. Zombies. I tried to read Bill Bryson's At Home: A Short History of Private Life, but realized I wasn't able to understand what I was trying to read, because I was worried and agitated. But they don't let people take photos, and I'm not a good sketch artist, so I can't show you the waiting room, the locked doors on either ends, the interview rooms with glass windows, the lack of tissues for people who are crying... Yeah.

I was unique among detainees for being a native English speaker. I had lighter skin than others (the Brazilian girls weren't much darker).

I've been in France for nearly a week, and am speaking today for the third time at the campout organized by Les Enfants d'Abord. I haven't been online much because the internet is spotty at the camp, but I will report more and bring some photos later.

Things I saw my first few days here are at my blog, SandraDodd.blogspot.com The photos from Lyon upload so painstakingly out here at the camp that I've given up. There are a few. (And for those reading this after June 15, there might be a great many).

http://s26.photobucket.com/albums/c111/SandraDodd/Europe/Sandra2012/June9Lyon/ Right. What's there now is of a Fort l'Ecluse, along the highway, HIGH on a steep-cliff hillside, and thing or two along the way. There will be over 200 photos in that folder, eventually.

And there start to be a few from a medieval town called Pérouge.

Surely others have taken better photos than mine. Maybe google Fort l'Ecluse and Pérouge, images.

Posted by Sandra Dodd at 4:36 AM No comments:

So...
I've been here a day and a half, and have partaken of an ox roast in a park in Windsor, and attended the lighting of a beacon in Staines.  Julie Daniel is a wonderful host for an Anglophile such as myself.

Photos of the beacon lighting are here:
http://sandradodd.blogspot.co.uk/2012/06/beacon-lit-in-staines.html 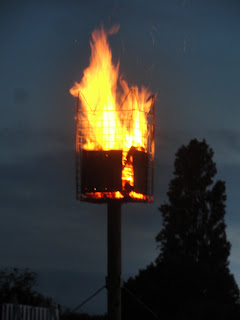 The full dump of the day can be viewed here:
http://s26.photobucket.com/albums/c111/SandraDodd/Europe/Sandra2012/June4WindsorStaines/

As usual, I like skylines, double layers, doors, windows.... but this time there are lots of photos of the red, white and blue decorations everywhere, flags and pennons on people's houses and across streets and in store windows...  There is a video of some little girls dancing to a rock choir performance, one of the director, and one of the outgoing guardsmen marching behind the band, leaving Windsor Castle.

NEWS!
In an interesting move, the schedule for the LiTTLe conference has been set where I don't speak on Saturday the 14th, and am the only speaker in the 15th (with Julie coordinating some audience-input bits, so she might speak, too, some!)

Posted by Sandra Dodd at 3:00 PM No comments:

In the summer of 2012, my children will be 20, 23 and 25 years old. Holly will be 21 in November. My husband, Keith, is quite happy that Marty and Holly still live with us, in Albuquerque, New Mexico. Some short, recent biographical bits